Biggest Changes to the Cannabis Industry in 2019

2019 was a trying year for cannabis. Between the vape crisis, layoffs, market over-evaluations and more, the cannabis industry weathered a barrage of public uncertainty. It wasn’t all seeds and stems, however. The industry’s largest trade show, MJBizCon, recently rallied cannabis professionals for a week of sessions, networking and much-needed industry optimism. MJBizCon proved the industry isn’t slowing down. In fact, with over 35,000 attendees and 1,300 exhibitors, the legal cannabis industry is at its largest yet.

We sat down with leaders in the cannabis industry during MJBizCon 2019 at Podcast Row to discuss the biggest changes to the industry in 2019. Check it out!

As the industry continues to mature, we can expect more growing pains. What 2019 showed us is that despite the roadblocks, cannabis is here to stay. Gathered from MJBizCon sessions held by leaders throughout the industry, we’ve compiled the biggest changes to the industry in 2019. Check them out and let us know your 2020 predictions in the comments below!

The cannabis bubble has finally burst (for some). As excitement surrounding legalization and the industry intensified over the past few years, eager investors flocked to the green rush. Without a solid growth structure in place and underperforming sales, overvalued businesses missed their mark and their value dropped drastically.

Cannabis businesses were forced to focus on profits versus growth at all costs. Investors are shifting from looking at a company’s potential to monitoring actual, current profitability more closely. The days of astronomical evaluations are over, for now. Those with proven results, realistic growth expectations and adaptability will thrive.

With a slew of vape related illnesses and even deaths coming to light in 2019, the cannabis vape market took a serious hit. Legal sales of vape products dropped 4-7% immediately following the late summer reports. Aside from falling vape sales — misinformation and public misunderstanding caused some to blame the legal cannabis market for these injuries. After a closer look at the causes of death, harmful additives found mostly in black market products came to light as the culprit. However, the damage was already done and the legal market suffered both in sales and public perception.

Those who stayed up to date on the vape crisis developments were quick to help spread the narrative that the legal market helps prevent injuries and deaths, as legal vape products are tested and traceable. Legal cannabis sales didn’t suffer as a whole thankfully. Edibles saw a spike in sales as vape sales decreased.

CBD took center stage in 2019. With CBD-infused drinks, tinctures and even CBD clothing coming to the market this year, CBD was the buzzword of the industry in 2019. Retail sales of CBD in the U.S. are expected to surpass $1 billion by the end of 2019 – a 133% increase over 2018 sales, according to the Hemp Industry Daily Factbook. While some CBD claims and marketing tactics were inaccurate or misleading, CBD as a whole opened up the idea of cannabis and hemp products to previously cannabis-resistant consumers. Grandparents, public figures and everyone in-between started to take note of the popular cannabinoid. 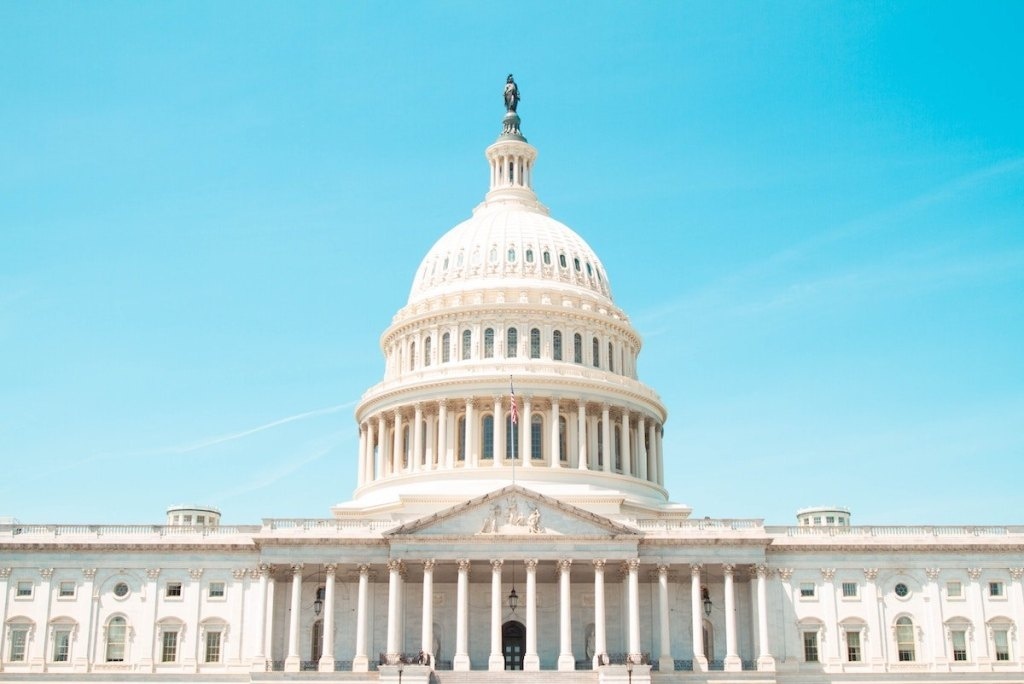 Cannabis took huge strides with federal introduction in 2019. Both the SAFE Banking Act and MORE Act were introduced in 2019. The SAFE Banking Act aims to provide protections to banking institutions that provide financial services to cannabis-related legitimate businesses. This is a huge need for the industry, as most banking institutions are reluctant to service cannabis businesses. The SAFE Act not only provides protection to banks, but also adds much-needed safety to cannabis businesses who must deal largely in cash for transactions. The SAFE Act passed the House in September and is headed to the Senate for consideration. In the House, the bill was supported by 229 Democrats and opposed by one. Republicans were mostly split, with 91 supporting and 102 opposing. The vote will be a close call in the Republican-majority Senate, but the industry remains optimistic for the future of this bill.

The MORE Act is one of the more progressive cannabis reforms introduced to Congress. Sponsored by Kamala Harris, the bill aims to decriminalize and deschedule cannabis, provide reinvestment in those adversely impacted by the War on Drugs and provide expungement of certain cannabis offenses. First introduced in July, the act has a long, uphill battle before it becomes a bill. The bill must now pass a specialized committee before being sent to the House.

The introduction of both of these bills is a sign of the changing times for cannabis. While the industry is pushing for the passing of both bills, regardless of the outcomes it’s important to note the simple introduction is a feat in itself.

These large-scale mergers and acquisitions are expected to continue as the industry matures and legalization moves along. Although cannabis hasn’t yet hit big box store status, MSO’s are positioning themselves to become household names in the coming years. 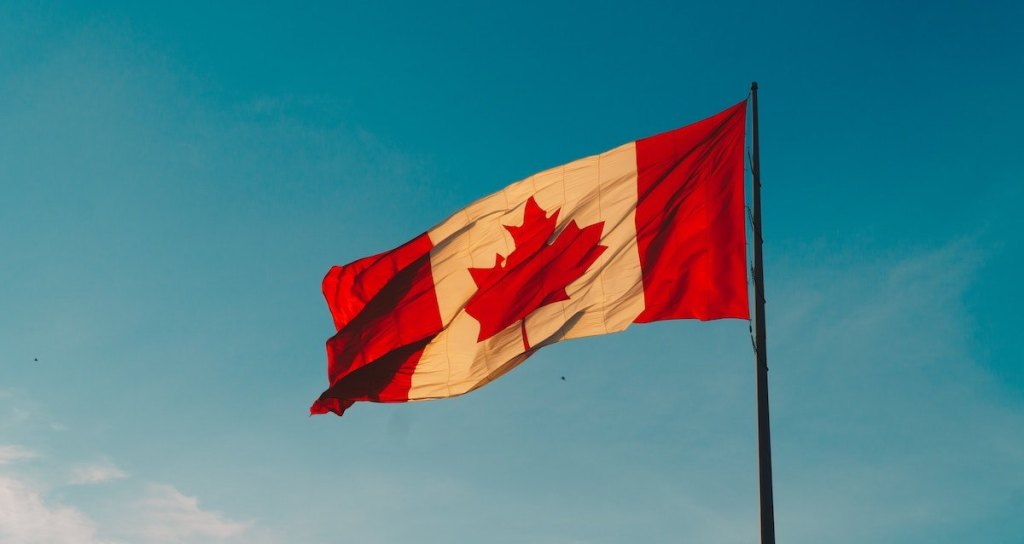 Following the nationwide adult-use legalization of cannabis in Canada, our northern neighbors experienced some expected growing pains during their first year of legalization. Purchasing cannabis as a legal adult wasn’t quite the same experience as grabbing a beer at the local liquor store. Some of the biggest hurdles Canada’s industry faced in 2019 were cannabis shortages and inaccessibility. Canada currently only has a few hundred retail locations. With Colorado retail licenses near 3,000, a couple hundred for an entire country isn’t accessible for most. In addition, these locations faced a product shortage. The available product offerings were limited and some consumers claimed the quality is not as high black market cannabis.

For a new market, ironing out the kinks is simply part of the process. The Canadian industry will take time to streamline. Despite the drawbacks, the legal Canadian market is set to bring in $3.1 billion by the end of the year.

In conjunction with the over-evaluations, some companies scaled rapidly to meet the expectations of their investors. While some businesses were able to sustain their accelerated growth, many notable players in the industry went through substantial layoffs. The cause of the layoffs varied per company. In some cases, the decision was unclear, but overall the apparent cause of layoffs stemmed from lack of profits.

In 2019, businesses in the industry were forced to shift from scaling at all costs to spending conservatively and proving profits. The cost of a wrong hire and the subsequent effects of layoffs can be detrimental to a team. Both investors and businesses are proceeding more strategically in 2020 with their workforce planning.

Although the industry faced a handful of curveballs this year, the industry as a whole is continuing to grow. Cannabis sales are estimated to reach upwards of $13 billion by the end of 2019, a steady increase from the $8.6 – $10 billion 2018 sales estimate. A handful of states legalized medical or adult-use cannabis in 2019, and 11 states have cannabis measures on the ballot for 2020.

Overcoming hurdles is a sign of a maturing industry. Cannabis businesses and professionals are becoming more sophisticated, learning from past mistakes and are building out a solid foundation for the future of the space. While the green rush may be over, cannabis is adapting to a more traditional business structure — which is ultimately what we’ve fought for decades to achieve.