With a “green sweep” in the 2020 general election where five states put cannabis legalization measures on the ballot and all of them passed convincingly, the erosion of Federal cannabis prohibition rolls on. We’re here for it.

The trend of states legalizing in waves is always big for the cannabis industry, especially now that 1 in 3 Americans live in states where the plant is legal and 36 of 50 states have medical programs. Not only is this a net positive for adult-use consumers and medical marijuana patients, but it’s also a boon to the states’ economies, translating to additional tax revenue and job creation.

Across the five new legalized states, Vangst projects 26,241 new cannabis jobs will be added by 2025, after licenses are awarded, businesses begin opening up, and the markets fully mature. While cannabis may not be recession-proof - especially coming off of a year in which the COVID-19 pandemic put a sizable dent in jobs growth - industry hiring is now trending back to pre-pandemic levels.

Before we dive into job creation, let’s take a closer look at a few of the common factors at play when any state legalizes cannabis:

For fear-of-missing-out, the domino effect comes into play with interstate rivalries. Once one state goes legal, it instantly becomes a cannabis tourism destination as neighboring states without legal cannabis stand to lose out tax dollars as citizens cross the border to purchase products. Arizona’s legalization effort was greatly influenced by surrounding states with successful markets like California, Nevada, and Colorado. New Jersey’s decision is expected to heavily influence legislation in the tri-state area of New York and Connecticut.

Support for legalization at the state level also applies pressure to the federal government to start adopting important policies that support the industry like banking, decriminalization, and rescheduling cannabis, bringing a long overdue end prohibition.

Public sentiment around cannabis changes for the better

Passing medical marijana measures is often the initial compromise for a new state entering the market, allowing risk-averse politicians to test the waters and build a framework for businesses before opening the door to a mass audience with adult use laws.

The U.S. legal market for cannabis sales projects to reach $57 billion by 2027. That’s right, “billion” with a “b.” Mature markets in states like Colorado, California, and Washington have each sailed beyond $1 billion in annual sales.

Communities of color are incentivized to benefit

One element that can’t be overlooked when it comes to ballot measures is how vital a role social equity plays. Voters demand that legislators recognize how social justice and economic development go hand in hand. Many states have implemented social equity programs to create opportunity for individuals who’ve been negatively impacted by The War on Drugs.

By building social equity initiatives into legislation from the start, candidates can advance their entrepreneurial path through priority licensing and developmental resources. This focus on course-correcting from oppressive drug policies aims to lower the barrier to entry for BIPOC business ownership and hiring in order to make the industry more accessible and profitable for people of color.

Even though it's often positioned as a progressive issue, another factor in the rising count of states’ choosing to legalize cannabis is that the issue is a winner on both sides of the political aisle. A majority of Republicans (55%) and Democrats (78%) favor legalization, that’s in today’s hyper-polarized political environment.

By and large, American voters no longer believe cannabis should be a criminalized, Schedule I substance. This bipartisan support contributes to a bullish attitude within the industry that federal cannabis legalization is just a matter of “when” and not “if.”

The phases of legalization are typically:

Decriminalization - at first, states will either fully or partially decriminalize cannabis possession offenses. Decriminalization means no arrests, prison time, or criminal records for the first-time possession of a small amount of cannabis for personal consumption, treating them akin to a minor traffic violation or civil fine.

Medical Use - cannabis products may be legalized but only qualifying medical patients with a prescription from a physician. Cannabis remains illegal nationally under the Controlled Substances Act, which classifies it as a Schedule I drug with a high potential for abuse and no accepted medical use. But 2014’s Rohrabacher–Farr amendment prohibits the Justice Department from prosecuting individuals acting in accordance with state medical cannabis laws, allowing commercial licensing and testing to go on.

Adult Use/Full Legalization - state laws are updated so that cannabis activity is no longer a crime. New rules are written to allow for legal commercial cultivation, distribution, testing, and sales. Legislators are tasked with implementing regulations on issues such as where cannabis is sold, who it's sold to, how to address driving under the influence, how it’s taxed, and whether you can grow at home.

What’s in store for the cannabis job market in newly legalized states?

In order to give the scope of what legalization means to the creation of cannabis jobs, Vangst has built a model to project job growth in New Jersey, Arizona, Montana, South Dakota, and Mississippi.

Overall, there are 26,241 cannabis jobs projected to open up in these five emerging markets by 2025.

Is Cannabis Legal in Arizona? Yes, Arizona cannabis laws were amended to approve medical marijuana in 2010 and adult-use cannabis in 2020 (with 60.03% voting in favor of Proposition 207).

Is Cannabis Legal in Mississippi? Yes, but only for medicinal use, amending Mississippi cannabis laws in 2020 (with 73.9% voting in favor of Initiative 65).

Is Cannabis Legal in Montana? Yes, Montana cannabis laws were amended to allow for medical marijuana in 2016 and adult-use cannabis in 2020 (with 56.90% voting in favor of Initiative 190).

Is Cannabis Legal in New Jersey? Yes, New Jersey cannabis laws were amended to permit medical marijuana use in 2010 and then adult-use cannabis in 2020 (with 66.92% voting in favor of Public Question 1).

Is Cannabis Legal in South Dakota? Yes, South Dakota cannabis laws were amended to allow for both medical marijuana and adult-use cannabis in 2020 (with 54.18% voting in favor of Amendment A).

JOB-SEEKING GUIDES FROM THE VANGST

If you’re gearing up to attain a position in a newly legalized state and work in the cannabis industry, there’s tips sheets can get you ahead of the curve: 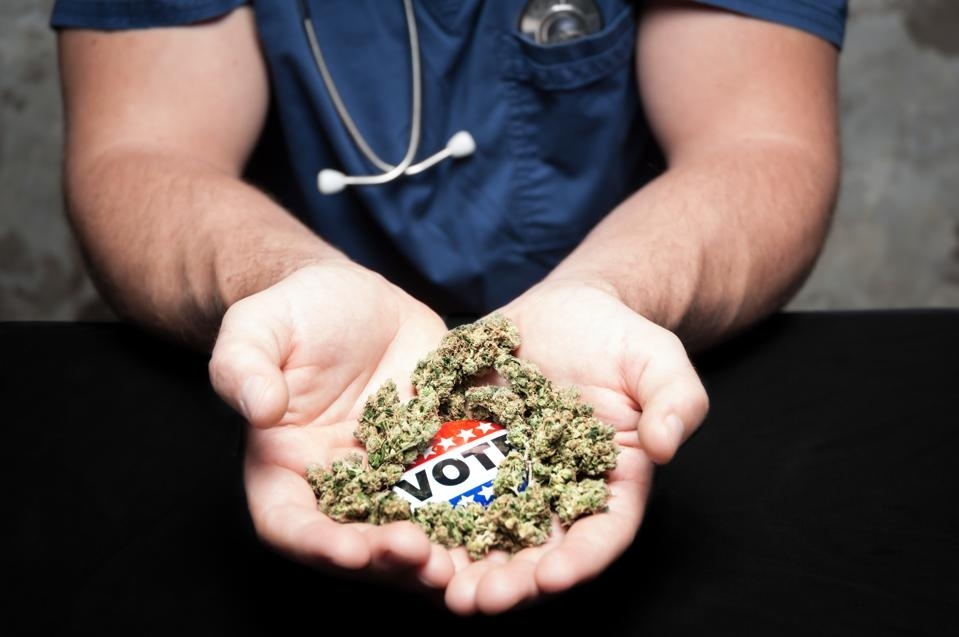 Which states could legalize cannabis in 2024 (or sooner)?

As difficult as it can be to predict which ballot measures will appear in the coming midterm and general elections, there looks to be momentum for adult-use cannabis legalization measures in four states:

Membership has its privileges. When you create your Vangst profile, you get direct access to the largest network of cannabis professionals.Make connections, forge relationships, and chart your course in the cannabis industry - it all starts here.

Just getting started? We got you. Crossing over? We got you. Climbing the Cannabis ladder? We got you.Search jobs, follow companies, and set alerts for new postings so when it comes to landing your dream job, you never miss a beat. 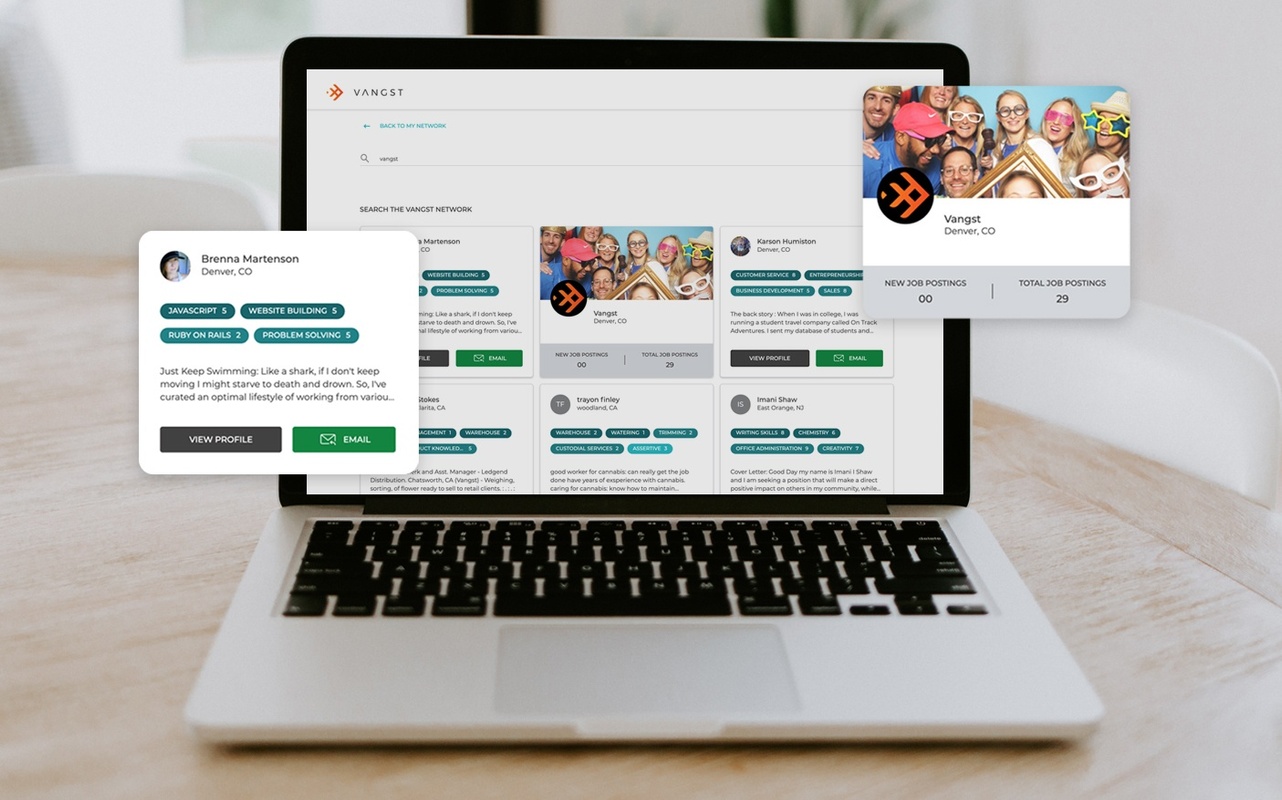 15 Tips for Networking in Cannabis

It's all about who you know, right? Here are some ways to succeed in growing your cannabis network on Vangst.com or elsewhere.

There is no denying the healing properties of cannabis. From overall pain relief to more serious treatments for medical disorders like epilepsy and anxiety, cannabis can help almost everyone in some way or another. In Colorado, 88,000 individuals reap the benefits of this plant as registered patients of the medical cannabis program. 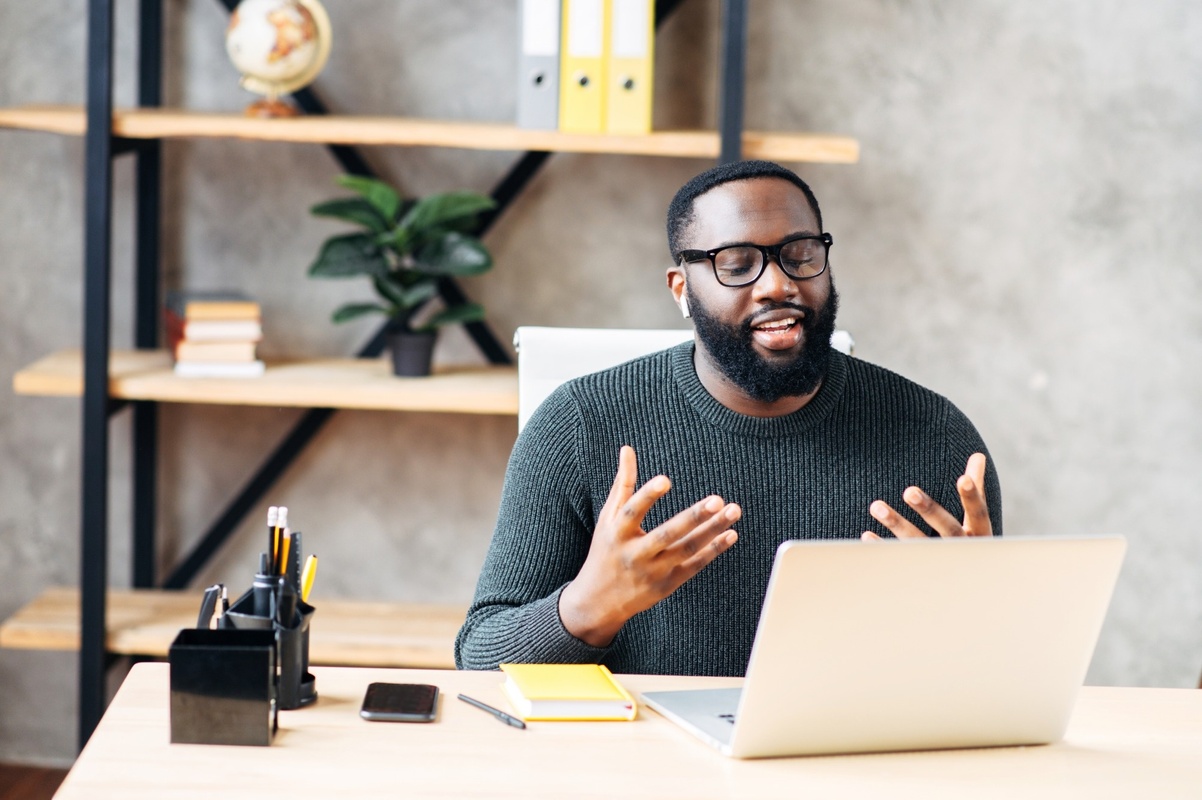 Ask a Cannabis Insider: Why is Q4 the Best Time of Year to Start Hiring?

As you head into Q4 you might be thinking about calling your cannabis industry recruiter in Q1 to staff up. Here is why you should hire in Q4.