The History of Cannabis: the Marijuana Prohibition is Over

For over a century, advocates, allies, and now, cannabis companies alike have been fighting to end federal cannabis prohibition. Cannabis, previously considered a useful crop and even a physician-approved medicine, was turned into a tool for propaganda by bureaucrats whose personal agenda was more important than the general welfare of the American people.

Looking back, we know that the cultivation of cannabis was integral to the establishment of the United States in the late 19th century and even appeared on the ten dollar bill as late as 1900. However, even though hemp was used in common household items like rope and fabric, and cannabis was considered a “fashionable narcotic” for the upper classes, nothing could stop the powerful forces working against cannabis.

The Pure Food and Drug Act of 1906 created by Theodore Roosevelt was the first national public health law and sought to ensure accurate labeling, curb adulterated food and drugs, and be informative. Now while this all sounds positive, states were used to creating and implementing public health laws on their own, and even if the intention of the act was never to outlaw cannabis, that’s exactly what ended up happening. With the assistance of Harvey Wiley and the Chemistry Bureau, the Pure Food and Drug Act was updated and new laws were introduced that gradually led to cannabis prohibition. 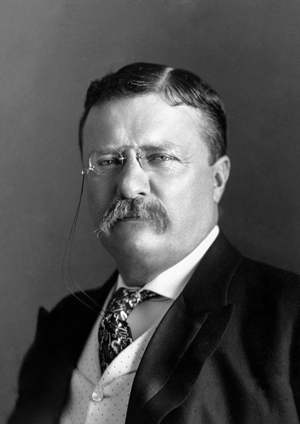 Now while it would be easy to assign all blame to the Chemistry Bureau, we mustn’t forget about Harry Anslinger and William Hearst – the true patriarchs of cannabis prohibition. Anslinger and Hearst each had personal gains tied to prohibition and together they crafted a highly inflammatory anti-marijuana public relations crusade with the goal of making cannabis and hemp federally illegal. Despite being wholly false in their claims, they ultimately succeeded in their heinous campaign.

Jumping forward, another Roosevelt became directly involved with complicating cannabis – Franklin Delano Roosevelt, the father of the New Deal. In 1937, with the help of everyone’s favorite drug czar, Harry Anslinger, the Marihuana Tax Act was signed and put into effect. While the act did not explicitly ban cannabis, the excessive tax placed on it and its hemp counterparts made it prohibitively expensive. Failure to pay the newly required tax would result in criminal charges. The reasoning behind the tax was the same narrative as before – cannabis is an evil plant that brings out the criminal in all who touch it.

In 1969, the tax established by the Marihuana Tax Act was deemed unconstitutional and repealed. As a next step, Richard Nixon signed into effect the Controlled Substances Act banning cannabis completely and establishing it as a Schedule 1 Narcotic alongside heroin, LSD and peyote. It would now be illegal to possess or use cannabis in any form. 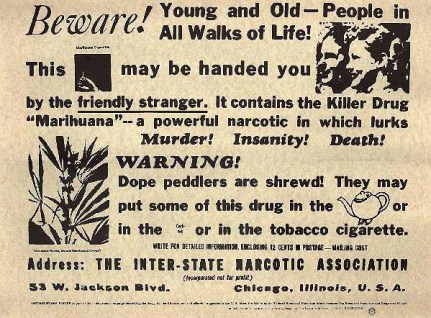 By the mid-1970s, cannabis for medical use started gaining popularity thanks to Richard Randall and his argument for medicinal cannabis as a treatment for his glaucoma. Because of his efforts, the federal government started a program for the medical use of cannabis for serious conditions and although complex (it was only used by 13 individuals), it helped pave the way for legislation to be introduced in other states. Legalization was met with challenges though. In 1982, Colorado Republican Senator Bill Armstrong originated a tax bill known as 280e. This bill amended the IRS code which disallowed any deductions for expenses related to the sale of a scheduled narcotic. The bill effectively causes any business which sells cannabis to experience a tax position of up to 80% for any functions related to the sale of cannabis. 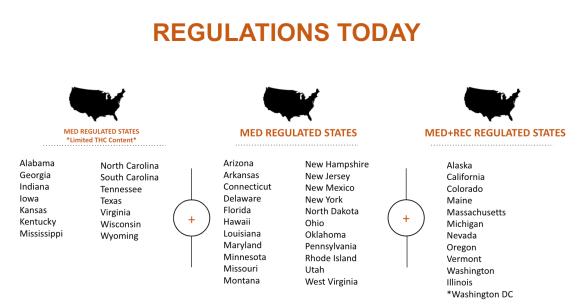 Despite the many challenges, 33 states, and Washington, D.C. have come online with medical use cannabis since 1996. 11 states and Washington, D.C. have legalized recreational use cannabis, and more states are popping up with just about every election. The ultimate goal? Federal legalization. Without federal legalization, cannabis will always be viewed by some as a Schedule 1 Drug despite countless testimonies of it being anything but helpful and even life-changing.

This is where we all come in. It takes a village to continue advocating for and educating around cannabis. The cannabis industry has made tremendous efforts to improve public perception since its inception and as individuals working in the industry, it’s up to us to continue improving that perception and to further break the stigma.